Lazar Shopping is the online entity of Elysa Lazar and Lazar Media Group, Inc.(LMG). Elysa Lazar began publishing The S&B Report in 1986 to inform bargain hunters of unadvertised designer sales in New York City, the first of its kind and the industry's best-known and longest- running information sources. Her media outlets advertise the latest in public and private sales, fashion news, buyer's tips, and market analysis. Her publications and website are filled with inside information, unavailable in newspapers or magazines. As the popularity of the World Wide Web grew, The S&B Report went digital with the launch of LazarShopping.com in 1999. 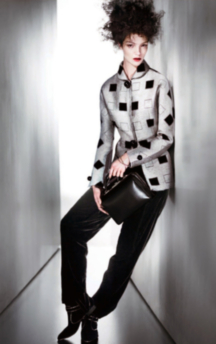 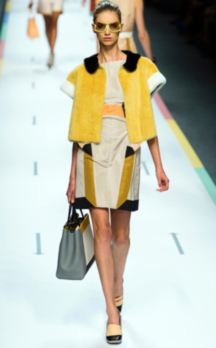 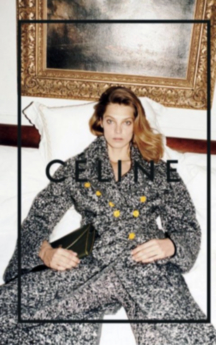 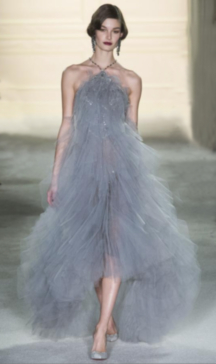 For over 15 years, she published subscription based monthly newsletters ... The S & B Report, The Home Report, The Auction Report and The Kids Report. In addition, Elysa produced a guide to the Hamptons sponsored by American Express, The Hamptons Report.Although these newsletters are no longer printer, the information is now available on LazarShopping.com

Hailed by the fashion industry as a specialist in value and quality in international fashion, and anointed by Redbook as "The World's Smartest Shopper", Elysa Lazar, armed with an MBA from Columbia, began her career in banking and finance.

She soon struck out on her own, however, and within a few years had earned herself a coveted position as a regular contributor on The Today Show, Oprah, CNBC, Today in New York, Live with Regis & Kathy Lee and The Home Show. She has appeared on hundreds of television programs and in newspapers and magazines around the world.

Elysa calls Charleston home, and she travels widely, with primary stops in New York, Chicago, Los Angeles, and Miami. She crosses the country running sample and overstock sales for fashion's most prominent designers, and she takes a breather from time to time with appearances on Oprah and Good Morning America.

Most recently Elysa has brought her expertise and eye to the area of home renovation and design, where she restores historic houses in minute detail. Then, after the structural elements are complete, she furnishes them with everything - from paintings, antique silver, and porcelain, right through to the linens, towels, and tool boxes. Her houses have all sold furnished, to VIP's from around the world. She provides a broad range of design services and project management to clients seeking assistance with architectural design, space planning, interior design and landscape design.

To view her most recent real estate project ...Click HERE

When Shoppers Should Go Offline, Business Week,November 18, 2009, By Rebecca Reisner

Look to Return Gifts Without Getting Hoarse, Money Magazine,January, 1998 , By Anamaria Wilson

But Rudy, Where's the Big Tax Break for Consumers, The Bergen Record, January 19, 1997, By Joan Verdon

Bargains in the Eye of the Beholder, The Bergen Record, October 10, 1996, By Joan Verdon

Elysa Knows Where the Bargains Are, Associated Press, July 8, 1996, By Rachel Beck

Elysa Lazar Knows Where the Bargains Are, Reading Eagle, July 8, 1996, By AP

Planning Ahead is Key to Comfortable Vacations, Altus Times, March 10, 1996

The Shopping Addicts;When the Urge to Spend Overtakes the Rational Processes of Mind and Budget, New York Times, October 8, 1995, By Carey Goldberg

Where the Buys Are, The Bergen Record, October 5, 1995, By Anne Marie Mcenery

The New York Stock Exchange at Manhattan's Sample Sales It's Every Woman For Herself, Los Angeles Times,July 6, 1995, By Geraldine Baum

Where the Buys Are: Picking Your Way Across the Outlet, Chicago Tribune, November 14, 1994

If you Dread Shopping, Don't Read This, Chicago Sun-Times, November 3, 1994

Hold Back for the Best Holiday Buys, Money Magainze,November, 1993, By Echo Montogomery Garrett

Author Helps You Get it Wholesale, Miami Herald, March 28, 1993, By Everett Potter

Find of the Week; A Guidebook To Outlet Stores. New York Times, November 8, 1992.

How to Get 50% off and Shop like a Pro, Ladies Home Journal, November 1992, By Leslie Lampert

14 Terrific Moves That Can Save You Plenty, Money Magazine, December 1991, By Elizabeth Fenner

The Art of the Bargain, New York Magazine, May 6, 1991, By Marilyn Bethany

The Art of the Bargain, New York Magazine,May 6, 1991, By Marilyn Bethany

New York Lets Out a Bargain Secret, Miami Herald, May 5, 1991, By Everett Potter

For anyone starting out -- or starting over -- IKEA, Money Magazine,December, 1990, By Diane Harris

Patterns: But Is It a Business?, New York Times, November 13, 1990, By Woody Hochswender

In Charge and In Style: If You're Self Employed, What Do you Wear to Work?, Glamour Magazine, September 1990

Hunkering Down: After the Glitzy 80's, Cheaper and Careful are Back in Style, Time Magazine, July 23, 1990, By Janice Castro

Looking into the Crystal Mall - How and Where We'll Shop in the Nineties, Travel & Leisure, January, 1990, By Suzy Kaiter Gershman

It's a Jungle Out There, So Savvy Buyers Let Elysa Lazar Guide Them on Their Shopping Safaris, People Magazine, October 30, 1989, By Sue Carswell

Where The Buys Are: Sample Sales, Glamour Magazine, October 1989

The Sale of the Century, Greenwich Times, September 14, 1989, By Joy Haenlein

The Best for Less, Parent Guide, April 1989, By Diane Koenigsberg

A Month of Secret Sales, Philadelphia Magazine, May 1988, By Lawrence Stains

On Sale! Special Purchase! Clearance! - Know Your Way Around Sales - and Really Save, Glamour Magazine, February 1988

A Cents of Style ... And a Nose for Bargains, Gannett Westchester Newspapers, July 15, 1987, By Barbara Nachman

A Newsletter That Tracks the Bargains In Samples, Philadelphia Inquirer, May 17, 1987, By Karen Heller